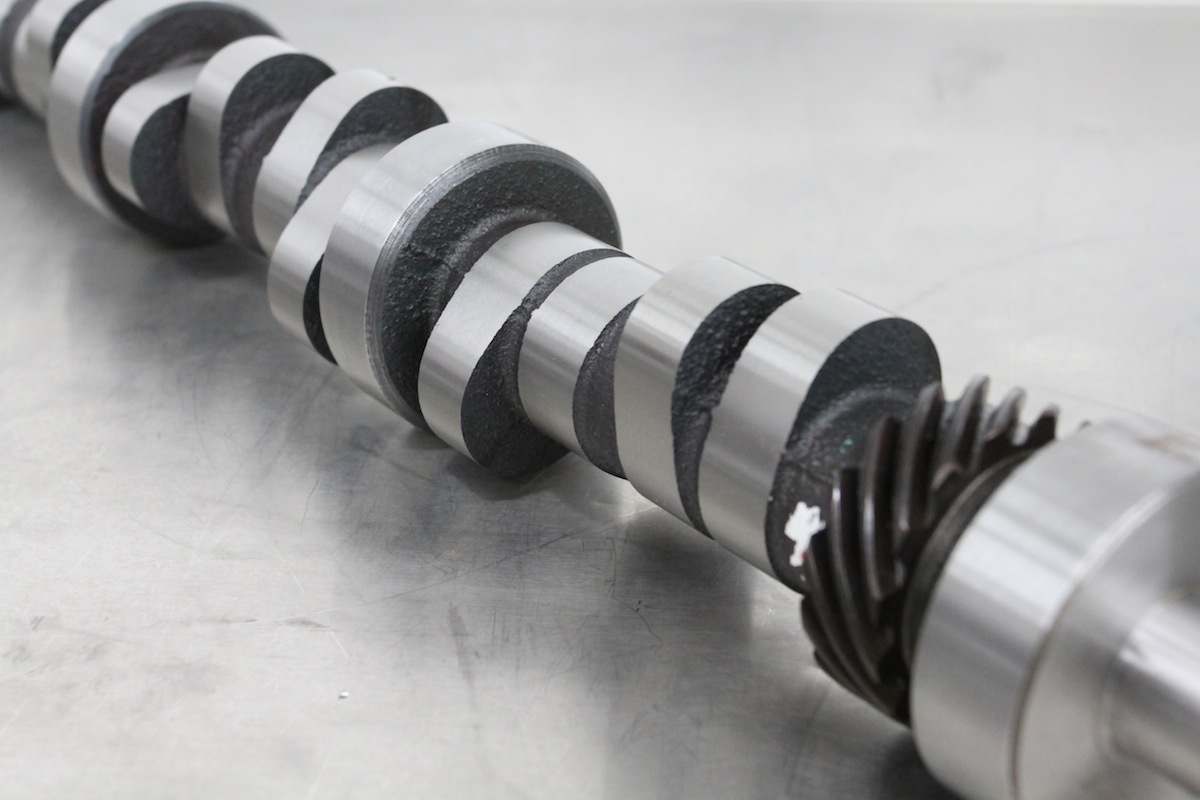 The camshaft’s lobes have the greatest influence on when the intake and exhaust valves open and close, how long they remain open, and how far off the seat they travel. Since the performance of an internal combustion engine is directly related to how efficiently it moves air, the best cam for the job is vital. But deciphering the codes, numbers, and angles that come with selecting a camshaft based on so many engine parameters can be incredibly confusing. “There are so many variables it’s difficult to keep track of them all,” says Isky’s Richard Iskenderian. “We have four pages of profiles, some manufacturers have even more.”

Information for optimum cam selection goes far beyond the engine itself as factors like tire size and car weight should be considered along with the track’s banking and turn radius. Each aspect has influence on the optimum lobe design and can greatly alter the appropriateness of the cam. “When it comes to mystery, we’re right up there with carburetors,” says Crane’s Chase Knight.

The cam is composed of a series of lobes placed at angles to each other along a shaft. Each camshaft lobe can be dissected in to six separate areas.

The base circle, or heel, is where the lifter rides while the valve is closed. It is from this portion of the lobe that all measurements begin. As the camshaft turns clockwise, the lifter moves across the base circle of the lobe to a mild incline called the opening ramp that provides a slight increase of lift and prepares the lifter for rapid vertical acceleration on the opening flank where it rises rapidly until reaching the peak or nose.

Maximum lift is located at the nose of the cam lobe. After reaching the nose, the lifter rapidly begins its return on the closing flank before the closing ramp gradually transitions it to the base circle.

Duration is lift measured in degrees of crankshaft rotation. This seemingly simple measurement led to much confusion since some manufacturers based their duration numbers on effective lift while others measured from the moment the valve would be slightly off the seat and concluded when completely returned. They often reported 360° of duration.

An industry standard was developed for consistency. It restricts duration measurement to that time when the lifter is a minimum .050″ off the base circle as it travels. “Crane pioneered the .050″ lift duration figures so people can compare cams,” says Knight.

While the .050” lift standard has served racers and the industry well for decades, many are rethinking the value of duration at .050” lift. “Some guys buy on lift and duration .050″ numbers alone,” says Crower’s Dave Crower. “That can be confusing and unfruitful as far as performance goes.”

Recent technology for design and machining have made cam lobes more specialized within typical parameters such as duration at .050” lift. “That’s such a small part of the equation these days,” says Knight. “We could have five different cams all with basically the same duration and lift, but they could be for five totally different intended purposes ranging from street to low rpm oval track to high-rpm oval track to endurance-racing and drag racing.”

Dean Harvey of Comp Cams says today’s technology for designing, machining and measuring means a significant amount of variation can exist among cams that appear similar. “In some cases there doesn’t appear to be a lot of difference between cams when you look at the .050″ number and lift, but they can be really different in acceleration and other parameters,” he says. “Most cam manufacturers will provide duration numbers at a variety of lift heights.”

Despite the changes, manufacturers still suggest racers maintain a working knowledge of camshaft terminology. Iskenderian says, “Those terms are valid today, it’s the refinement of what you can do with lobes.”

You’re going to pay the same amount for parts whether you get the most appropriate cam for your application or one that’s not well suited. “There’s a lot more to it than picking the lift, duration, and centerline,” says Knight. “Working with an engine builder that has experience with all the components that have to go together is worthwhile.”

by Jessica Dio and Karl Fredrickson