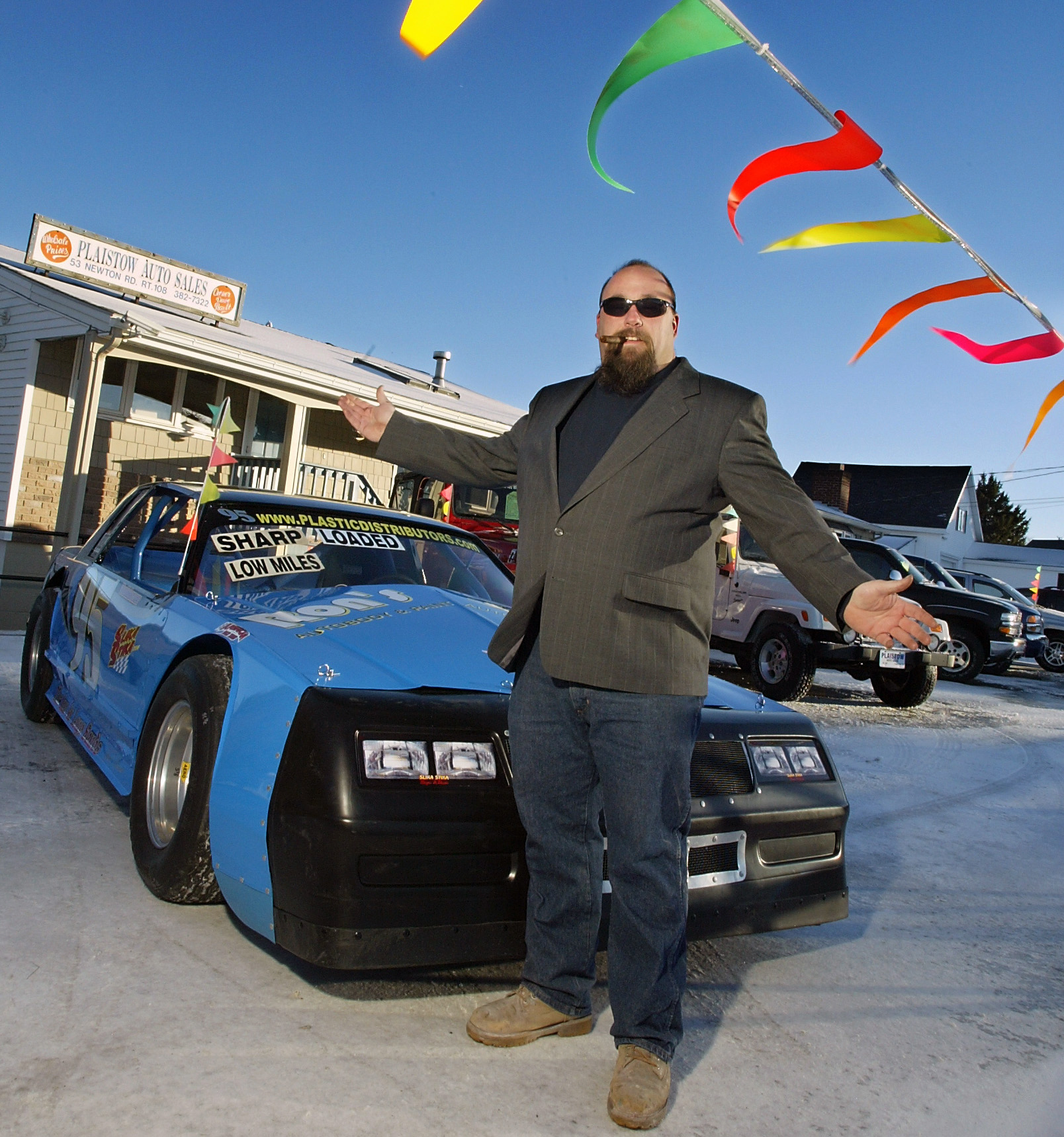 Wayne Harris and Joe Henry from Day Motor Sports have fielded hundreds of telephone calls that were placed by guys who recently purchased a used race car. Based on the conversation, callers eventually fall into one of three categories: thrilled with their purchase, got what they expected, and huntin’ up a tire iron to go beat the purchase price back out of the seller.

“Buy a good used race car,” says Harris. “Spend $4000 for last year’s track championship-winning car instead of $1500 for something you’re going to chase your tail on. A guy will have a difficult time learning how changes affect handling and how a race car should feel with a car that’s bent, tweaked, and otherwise worn out.

“It’s better to use a good car to find out if you’re going to like racing because it will [handle] good – you really know if you like it. And if not, you’ll have something that’s easier to sell because it’s worth buying.”

Try to see the car race before removing your wallet. If that’s not possible, ask if there’s a video (now there’s something Paris Hilton can do). Your goal is to see how the car competes: Is it competitive? Does it fit-in with the other cars at the track where you plan to run? (Be wary of one-night wonders – presuming safety is acceptable, many tracks will let a guy run one night, but no more until significant changes are made – so if you’ve seen the car at your track once, that may have been its free pass.)

Most guys know which track they want to race at more than which car, so Harris says, “ask your promoter which division you should run in. It’s in his best interest to help you pick the right one. Otherwise, you could be headed for a division that he plans to shut down (even though you saw 20 at the last race of the year) and you don’t want to get in the wrong class with a car that you can’t sell. Tell the promoter you’re going to race. And you’re going to race at his track. He’ll give you some guidance.”

You don’t need to be an expert to inspect the car that you’ve got your eye on buying. Start with the structure and integral safety-related items such as the cage. “Be sure it has a good floor pan and door bars that are plated with good mounting points for your seat and seat belts,” says Henry. “Look at welds for cracks and repairs. You can tell if it’s been repaired if the weld doesn’t look the same as the others in the car.”

There are other indicators of hard hits. “Look around the entire chassis for discolorations in the paint to see if it’s been heated or on a frame machine. Look closely at the radiator mounts and front downbars where the roll cage connects to the front hoop just behind the radiator,” says Henry. “If those are bent, the car has been hit hard in the front.”

If it’s hit hard enough, the entire clip may have been replaced. “There’s a seam on the underside of the stock front frame horns,” says Henry. “It’s spot welded at the factory, but most race-chassis manufacturers will weld the whole thing. If a front end is grafted on, it can be cockeyed [where they meet].”

Damage that’s outboard of the springs doesn’t matter nearly as much to the car’s safety and handling as damage in between does. Overall, however, you should know what you’re getting into with the purchase.

Look at the bolts. Do threads extend far beyond the nuts on several bolts? That can mean the owner cared little about details.

“If the frame is straight, find out more about the bolt-on parts that you’re getting,” says Harris. “Look at the rear end housing and see if it’s ever been clamped up in a vise or if it has discoloration from being heated up and straightened.”

“Most chassis builders use brackets from a single manufacturer so look to see that all the brackets and mounts match,” says Henry. “If they’re different, it can be an indication that the original had been knocked off.

“These things usually don’t mean you need to walk away from that car,” says Harris. “But don’t buy a car and then have to go buy tubing or plating and weld it in. That’s a substantial amount of money and time. You should know what you’re buying and what he tells you compared to what you see may be an indication that the guy is not being honest.

“Check the condition of the fuel cell and make sure it’s quality. Look for nice, clean installation of AN hose and hose ends, switches, gauges, cables, brakes; these are things that can add up after the initial purchase.

“Finally are you getting spare parts and are they worth keeping? If the guy has 10 spare shocks, but they’re bent and leaking oil then you’re more than likely just taking out the trash for him. Also, springs can lose their overall free-length and that can make them useless for your application.

“You’ll find the same thing by asking for setup notes. Notes are good, regular notes are better, and detailed accounts of every time the car went on the track are best.

“If you can, get an experienced racer to look at the car with you. You’ll also learn more about your car. You’re learning as you go, the more you do, the more jumpstart you’ll have when you’re on your own.” If it’s the right one, produce a significant down payment to hold the car, but take delivery of the car, and pay the balance, right after they’ve raced it to be sure you’re getting what they raced.